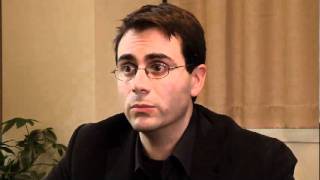 How to help your child eat 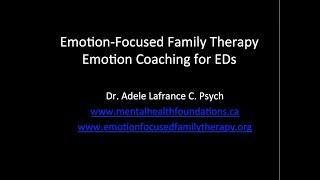 The Power of Validation

What Causes an Eating Disorder?

It was the late 90's and I was sitting in one of my first graduate classes, Introduction to Psychopathology. We were learning about the various mental health conditions outlined in the Diagnostic and Statistical Manual of Mental Disorders (DSM). Aside from reviewing symptoms and diagnosis, we spent a lot of time discussing theories on the origins of the various conditions. I remember eating disorders being covered and discussion around how they are a “control issue” and how parenting patterns and trauma can cause an eating disorder. After I graduated with my master’s degree, I started practicing as an outpatient therapist while working on my PhD. Although I didn’t specialize in eating disorders at that time, I certainly held on to the theories that I had been taught in school.

Fast forward to when I started my doctoral fellowship at an eating disorders clinic. I showed up with the idea that I was going to be working with women who had low self-esteem, had likely suffered from some form of trauma and/or had overly controlling parents growing up. I believed that the treatment goal was going to be about engaging the clients in psychotherapy aimed at finding the “root cause” that triggered their eating disorder. Once that was addressed, they would be able to work though those issues and eat normally again. Simple, right? Wrong....

The first few weeks of my fellowship were spent observing group and individual sessions. During that time, I remember feeling confused. The therapists weren’t talking with their clients about trauma or issues with their parents being overly controlling. In fact, most of the sessions were spent focusing on meal planning, exposure to challenge foods and learning skills to minimize the anxiety around eating, body image and painful thoughts and emotions. How were they supposed to get better if they weren’t working on what caused their eating disorder?

Surprisingly, as they worked on the nutrition goals and skills to manage the distress, their thoughts became clearer and their emotions were better regulated. Imagine that?

I should add, that treatment also involved tracking client's blood pressure and heart rate, labs and close monitoring of weight changes. During my fellowship, and the years that followed, I've seen multiple client's arrive for their assessment looking alert and "healthy" only to find out through a medical exam that their heart rate was dangerously low or their lab results showed something critical that required hospitalization. If anything, I learned right away that you can't tell how medically stable or ill a person with an eating disorder is just by talking to them. There's a reason why anorexia nervosa has the highest mortality rate of all the mental health conditions.

So, what I learned during that fellowship and all these years after, is that an eating disorder is not caused solely by environmental factors. In fact, saying that parents can cause their child to develop an eating disorder makes as much sense as suggesting parents can give their child a brain tumor. What we’ve learned through genetic studies, neuroimaging and other groundbreaking research is that the root of an eating disorder is neurobiological. To treat this condition, you have to understand the neurobiological impact an eating disorder has on the body and the brain. Even a brain that is not pre-wired to have an eating disorder suffers from intense mood and thought changes with malnourishment. When talking with clients and their loved ones, I often recommend that they read about the Minnesota starvation studies to get a better understanding of the impact of malnourishment on the brain and body. You can check this information out here: https://academic.oup.com/jn/article/135/6/1347/4663828#F2

We still don’t fully understand the neurobiological origins of an eating disorder, but knowing that it is not fully the result of environmental stressors has helped us change the way we treat this population. In return, this helps lesson the feelings of shame and guilt that are often experienced by the sufferer and their parents.

This doesn’t mean that environmental stressors can’t exasperate symptoms of an eating disorder, but they are not the sole root cause. Trauma, painful relationships, substance abuse, etc. These are all things that can impact the intensity of an eating disorder and are certainly addressed through the recovery process. Eating disorder providers often say “think of the eating disorder as a gun, and environmental factors as the trigger”. The trigger doesn’t matter if you don’t address the gun. It’s like taking a person who is actively abusing alcohol and asking them to do psychotherapy while they are intoxicated. The sobriety has to be addressed first before they can truly engage in therapy for all the other stuff. For an eating disorder this means addressing the nutritional and medical components first before the brain has a working chance to process all the other stuff in therapy.

Carrie Arnold has a great post about the neurobiology and personality traits that often go with an eating disorder diagnosis. You can check that article out here: https://www.theguardian.com/society/2016/mar/29/anorexia-you-dont-just-grow-out-of-it

The hardest part of recovery is that you have to face what scares you most and addressing the medical and nutritional part is TERRIFYING for the suffer. Did I already mention that anorexia nervosa has the highest mortality rate of all the mental health conditions? Of course I did, but this needs to be repeated over and over. An eating disorder is life threatening. Treatment has to address both the physical and emotional aspects of the eating disorder to have a fighting chance at recovery!

In the next blog post, I’m going to talk about the role of family based treatment. If you don’t want to miss a post, subscribe to my blog at https://www.cristinashawphd.com